Data Science has evolved considerably over the years with the deep-rooted statistical models expanding in the concepts of machine learning, artificial intelligence, the internet of things, and more. As more online information becomes available, companies are recording in large quantities their customer’s online shopping behaviour and trends. There has been exponential growth in the big data sector with the growth of the internet. After the doors were opened by companies seeking to boost profits and drive better decision-making, the use of big data began to be applied to other fields like engineering, medicine, and social sciences. Now the presence of many data science course in India is making it easy to learn and drive insights from the studies later.

A journey into the data science history reveals a long and winding road that began in 1962 when a mathematician named John W Tukey predicted the modern-day impact of digital computing on data analysis as an empirical science. Yet today’s data is a far cry from what once Tukey imagined. The prediction he made came out to be right before the big data explosion, stating that the ability to carry out a complex and large-scale analysis will become easier. It wasn’t until 1964 when Programme 101 was unveiled to the public in a World Fair in New York. Any research on it that happened was fundamental, which couldn’t have been able to solve present digital world problems.

In 1981, IBM unveiled its first personal computer, followed by Apple that introduced GUI after two years. The computer and data both have evolved with the advancements of technology. 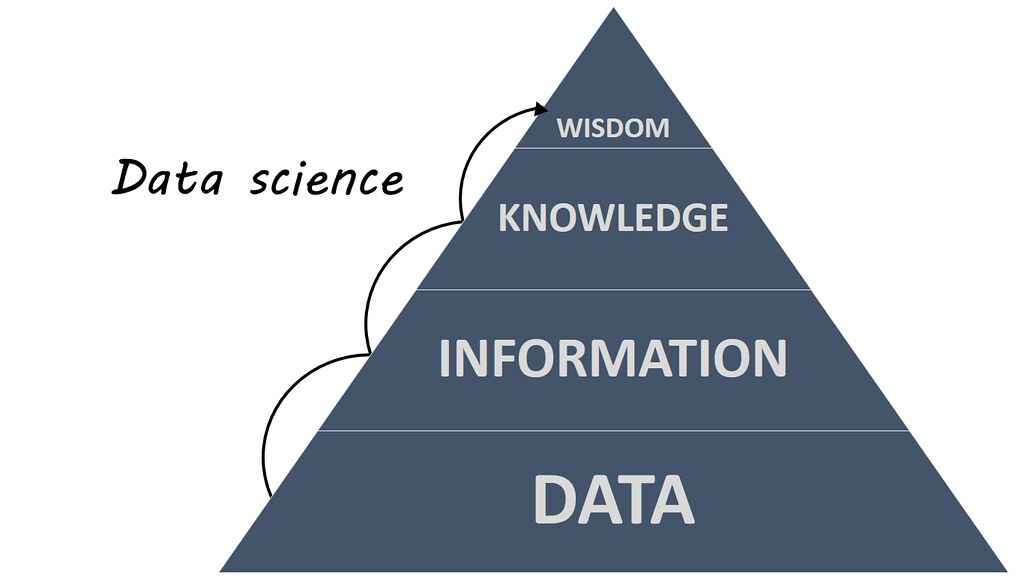 During the early 2000s, various academic journals started recognizing the emerging discipline of data science. In 2005, the National Science Board recommended a career path for data science to ensure that professionals could successfully manage the big data collection. By this time, many companies started eyeing on its future for its utilization as a commodity. Companies began to employ statistical, predictive and quantitative analysis instead of traditional methods to read consumer market and behaviour. As the demand for such technology grew over the years, it also increased the requirement of similar professionals. Many institutes learned the importance of data science in the making of the digital future, for which they started offering data science programs to create professionals.

After 2010, data science started taking center stage as it advanced significantly in computing technology. Apple launched its iPhone 4 and iPad the same year in 2010 when Amazon launched its publishing services. It was quickly embraced by the people, which helped grow the size of both their businesses.

Technology took a massive leap into the new face of the decade with faster processing speeds than ever before, blazing a trail of people ready and willing to conquer the big data mountain that only began to rise.

According to an editorial published in Economic times in 2010, ‘Combining the skills of programming, statistics, visual storyteller, and artistic computer abilities, you can find hidden gold nuggets beneath big data mountains.’

In the last six years, data science has evolved and penetrated every industry where the organization relies heavily on data. Data scientists have become invaluable in today’s digital age, where data-driven growth is more reliable and result-oriented. Also, organizations are ready to hire such skilled professionals. Over the years, many advanced data science programs have emerged for training professionals based on industry demands and trends.

According to a report by Dataquest, Big Data and Analytics industries are growing at a rate of 33.5% CAGR, which is only deemed to become. The rise in the demand of skilled professionals, who have gained advanced knowledge from data science programs, continues with the increasing industry advancements.

The Data Science industry has come a long way and is only bound to expand in the coming years. Make sure you gain the right skills to grow in your dream career.

Step-by-Step Guide to Building Your Personal Website on Ukit

Read More
MMiscellaneous
KissCartoon Alternatives: We are blessed with everything so handy and buttery to give a smooth turn to our…
MMiscellaneous
We daily hear the news of Hindu-Muslim clashes across the country. A country which is secular in nature. Let’s…
MMiscellaneous
The Indian Censor Board has reportedly cut several kissing scenes in the latest James Bond film. Indian viewers…

Read More
TTechnology
Save students! They are too busy! If you do not have a higher education, you probably do not…
MMiscellaneous
For decades, college admission boards and scholarship boards require an essay as part of the application. The essay…